After nineteen years on tour, Maria Sharapova has decided to call it a career. While the news might not be completely unexpected, the announcement certainly sends tremors throughout the tennis world and beyond.

The Russian is undoubtedly an icon, With five Grand Slam singles titles, a career Grand Slam, an Olympic silver medal, and twenty-one weeks atop the WTA rankings, Sharapova’s career belongs in the Hall of Fame. Furthermore, off-court, she’s been able to translate tennis stardom into mainstream cultural relevance, reaching a level of ubiquity that few other players have been able to achieve.

From her meteoric rise through her sputtering downfall, the foremost trait that defines Sharapova has been her commitment.

When she swept aside Serena to win Wimbledon in 2004, the commitment was obvious. With the way the rangy teenager launched herself into each of her shots, sending flat bullets onto the court’s tramlines, Sharapova committed to each and every one of her groundstrokes.

In the next two ensuing seasons, under the scrutiny of the spotlight, the young Russian struggled to replicate Grand Slam success. While critics lambasted the ‘one-dimensional’ nature of her game, which could easily unwind with streams of double faults and unforced errors, Sharapova never shrunk from her aggressive nature. From the staredown she gave her opponents at the baseline as she readied her serve to the shriek that she delivered as she pummeled the felt off the ball, Sharapova was a baseliner who came to pulverize. 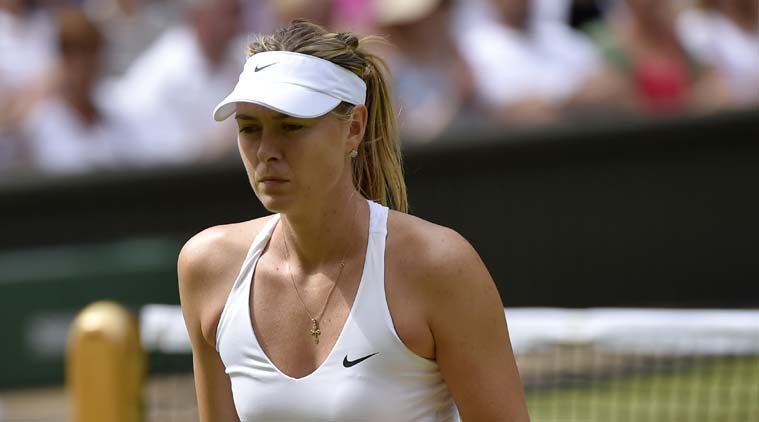 In 2008, while at the peak of her career, Sharapova succumbed to a shoulder injury that required reconstructive surgery to fix. She returned the following season, however, it took her over two years to return to the game’s elite. Her serve never regained its potency. And, without that weapon to reliably start points on the front-foot, the Russian found it increasingly more difficult to navigate her service.

Nonetheless, she grinded away. She bottomed out early at many big tournaments. And, she suffered countless humiliating losses. Eventually, she found her stride and in 2012 she hoisted a Grand Slam trophy once again–at Roland Garros of all places. The commitment paid off.

As it stands, Maria Sharapova is the only player to win a major title after undergoing a shoulder reconstruction– a feat that she’s accomplished not once–but twice.

While the final chapter of her career will always be tarnished by the meldonium controversy, it perhaps highlights Sharapova’s unparalleled commitment more than any other. When the Russian invited the tennis media to an L.A. hotel (with a “fairly ugly carpet”), to reveal the failed drugs test, she displayed a commitment to her actions. Not once during the ensuing six-month series of tribunals did she deny using the substance. Instead, she committed to her argument: she had been taking the drug legally for the past decade and was not aware of the change in the drug’s legal status. Furthermore, this period demonstrates Sharapova’s commitment to come back.

Unfortunately, while she returned to the tour in 2017, the results never returned with her. Suffering numerous aches and ailments, her body did not want to cooperate. Nonetheless, for the better part of three years, she trained while waiting out these nagging injuries (undergoing at least two minor surgeries in the process).

Maria Sharapova’s legacy is a complicated one. However, if it weren’t for her undying commitment, we would have never been able to experience her meteoric highs and miserable lows. Whatever she sets her sights on next, her unwavering commitment will take her there and beyond.